Citizen pioneered the use of black coated cases in the early 1970s, producing a range of watches known as the  ‘Custom V2’. Last week I featured the alarm model, and in week 25 I presented my first automatic ‘Blackie’ https://sweep-hand.org/2012/03/07/this-weeks-featured-watch-25-the-custom-v2-blackie/

This week is another example of the Custom V2 black coated models, in very nice condition and from 1970 when this type of coating was first launched by Citizen.The new coating at the time allowed light weight aluminium alloy cases to be used since the coating was described as offering greater resistance to wear than stainless steel.

First though, a word about the ‘Blackie’ name – it appears that Citizen themselves named these models in this way, rather than it being a later nick-name. Their historical site describes the model as the カスタムV2 ブラッキー, which translates to: Custom V2 Blackie

The case back code correctly shows ‘BLS’ – black case, steel bezel – and a production date of December 1970, whilst the plastic sticker is still in place: 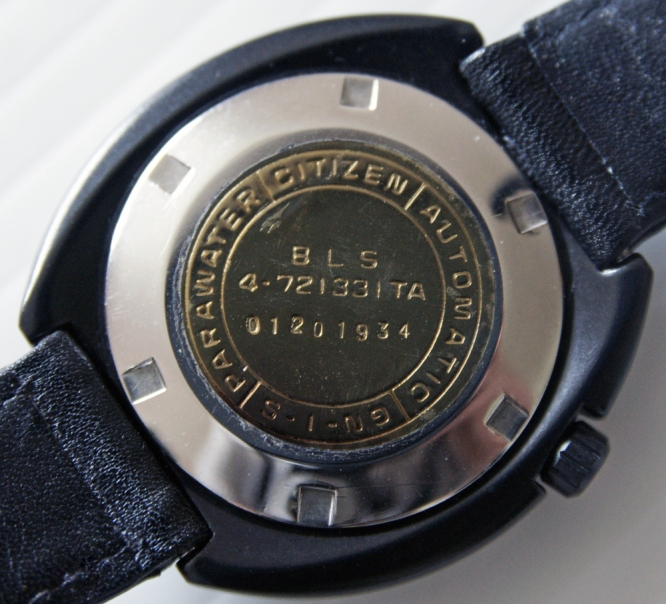 The design is simple and clear, with lumed hands and hour markers:

These shots show the well finished bezel, with its brushed bevel:

The design of these black cased V2 models stands the test of time well in my opinion, and remain very wearable – they also have a fine quality movement, only a small step below the ‘Leopard’ range, offering reliability and good time-keeping. Hard to find fault!