Citizen was the first Japanese manufacturer to sell an electric watch, in 1966, using a battery and printed circuit instead of a mainspring, powering a relatively conventional hairspring. As the technology was developed, they also produced one version in a titanium case – a world first – as a limited edition, in 1970. However, there was also one other ‘world first’ in the Cosmotron line-up, this time a special feature of the 7803 movement. It was known as ‘Just Setting’ and allows the watch to be accurately synchronised to a radio or TV time signal. Although the watch has a conventional ‘second setting’ function, the additional unique element of this movement is that the hour and minute hands as well as the second hand can be set if within ± 3 minutes of the 12 o’clock marker, using a button at the 8 o’clock position. Here are Citizen’s original instructions for this function (with thanks to whoever uploaded this to the internet): 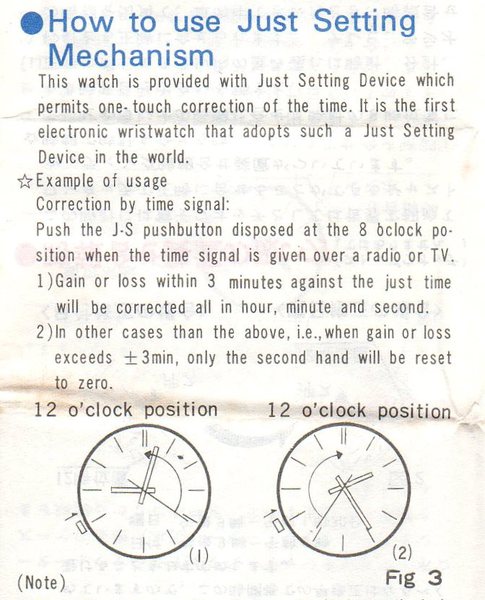 And here’s a video of ‘Just Setting’ in action:

Known as the Cosmotron Special, these are very nice watches. Running at 36,000 beats per hour they are an accurate and unusual timepiece, with that rather unique feature 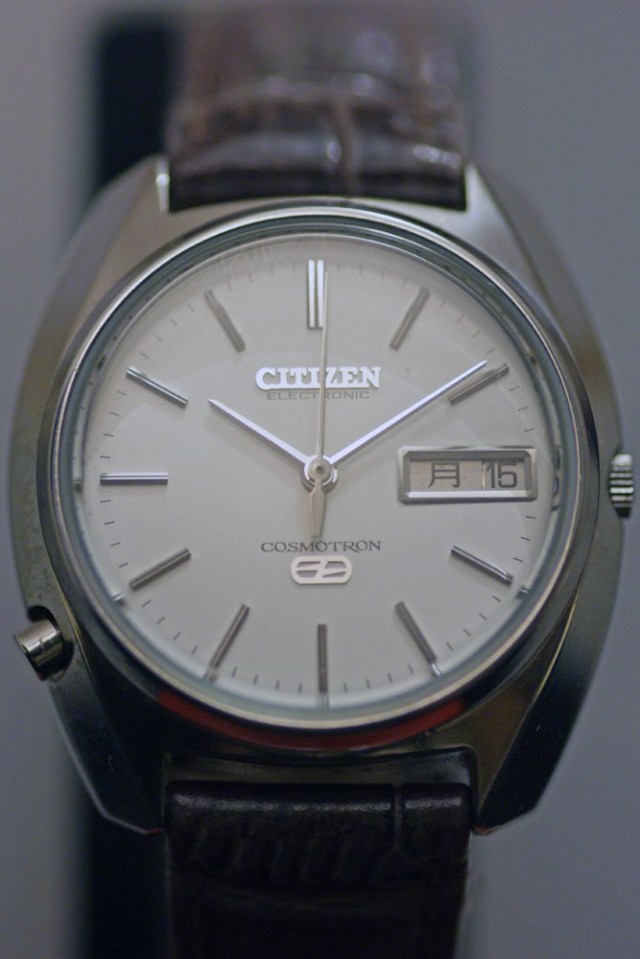 This entry was posted in Vintage Watches. Bookmark the permalink.

2 Responses to Citizen’s Special Cosmotron was a World First