There’ll be a full write-up on the work Brian Leiser did to repair my Leopard high-beat Chronometer, so for now here’s a post about the original crystal I managed to source from Japan – the only one I’ve seen in fact! The glass was listed for a different case number than mine, but I knew it uses the same faceted crystal. I received this a month or two ago, but it was only this week that I dared to try and fit it (replacing an original flat glass that Brian fitted): 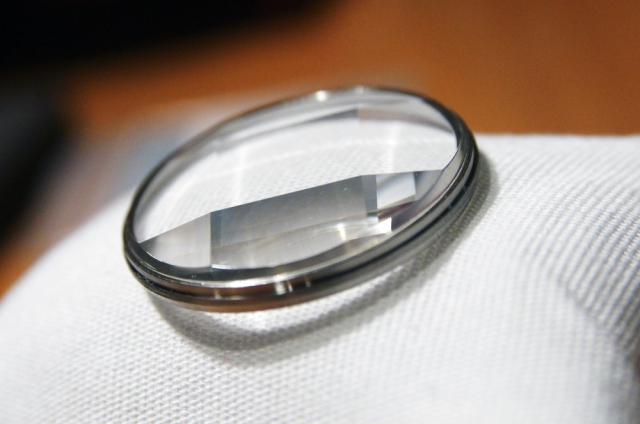 A rather beautiful, and rare, nine facet glass. Not something to be damaged by an enthusiastic but clumsy owner! However, I managed to do it – I didn’t breathe whilst I pressed the bezel into place 🙂 : 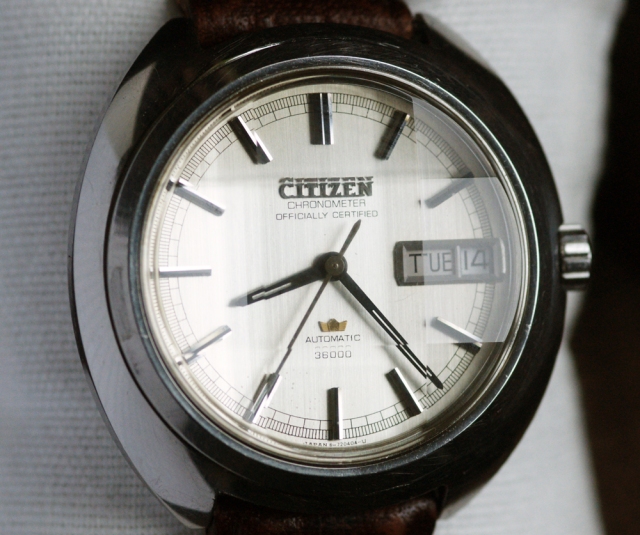 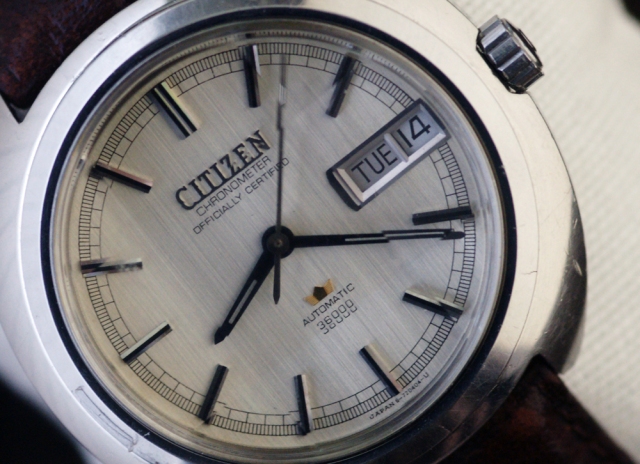 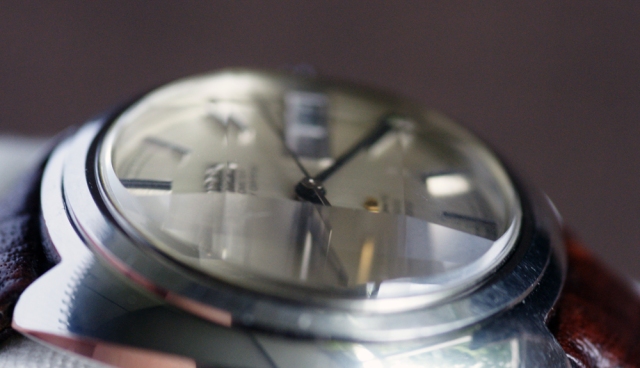 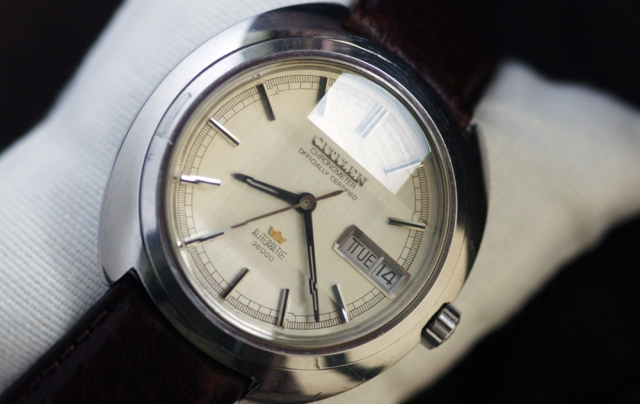 I was so keen to get some photos done I left a little of the clear tape on the bezel that I used to hold the glass in the correct position!

You may have noticed that this post has ‘Highness’ in the title. I discovered that what we have called the ‘Leopard Chronometer’ was in fact the ‘Leopard Highness’. Later models had the Highness name on the dial, or ‘CH’, and the applied gold logo was dropped as was the case back medallion. I hadn’t realised this until recently when I translated the Japanese text in the 1971 catalog. See the highlighted part in this scan, which translates as ‘Leopard Highness’: 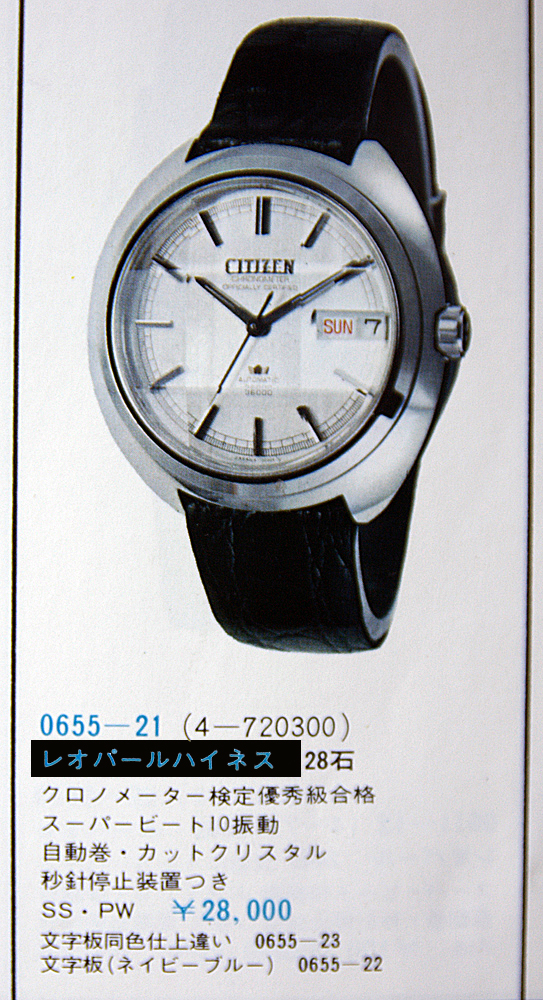 I had thought that the Highness simply replaced the Chronometer, when in reality the latter had been the first and original version of the Highness, but with higher production values!