Citizen certainly weren’t shy about using colours in the 1970s, and their range of automatic chronographs is a good example. Even with conservative dial colours, colourful highlights were used on a number of the models to grab a bit of attention. And the colours were sometimes combined with interesting case designs. My auto chrono collection is a good representation of these qualities: 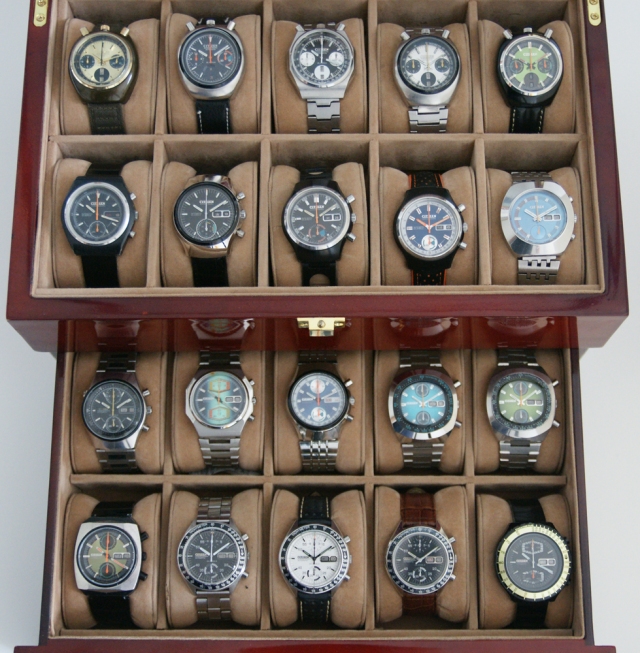 These models use either the 8110A or 8100A versions of the high beat (28,800 beat per hour) movement. There are no ‘B’ or other versions since the ‘A’ = automatic 🙂  The 8110 is the better known of the two, with its twin sub-dials for hours and minutes. The single sub-dial features only a minute counter. The sweep-hand hand is of course the chronograph second counter.

For a closer look, here are a couple of examples I’ve featured on my blog: