Yesterday’s watch was the ‘Compact’ with the 5401 movement inside. I thought it would be interesting to look at another model with this very same date only calibre, but with 21 jewels this time, so today’s watch is an export model. And it’s a very different style – made in October 1970 it has what would have been then a much more modern look, with an elliptical bezel and stylised horizontal hour markers. We can identify it as an export piece because it carries no model name on the dial and is marked ‘waterproof’ rather then ‘parawater’. That’s only on the dial though, since the case back retains the parawater stamp. The radially brushed bezel is rather nice, and the red print of the day wheel adds a little highlight amidst the dark grey of the dial, although I find the plain steel hands are a bit underwhelming. It has a mineral glass crystal though and overall I reckon it is a nice looking dress watch. It’s running well, with accurate time-keeping: 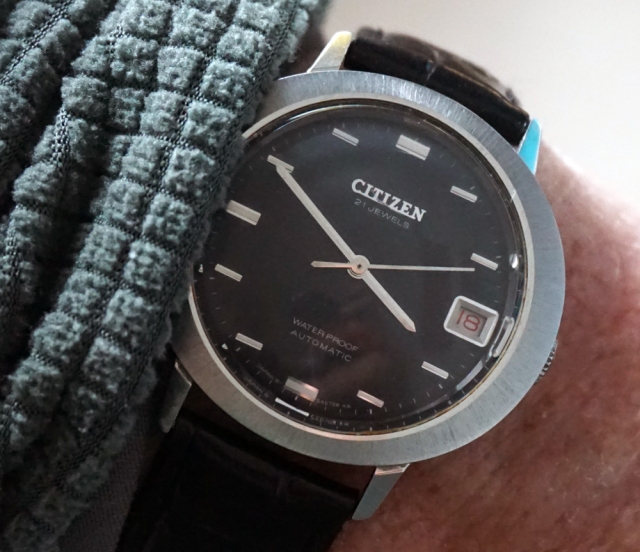 Tomorrow I’ll finish this ‘mini-series’ with one more example of the 5400 models, and it will be oldest of the three….