The third example of a watch using the 5400 movement was probably the first model to come to the market with this calibre when it was launched in 1966. This one is from July of that year and is simply called the ‘540’. It is typical of the design approach seen in the early to mid-1960s with plain steel dagger hands, baton hour markers and a fluted bezel. It is distinguished from the Crystal Date through the use of a plastic crystal. No applied logo on this one, just fine printing of the model name, jewel count and ‘parawater’: 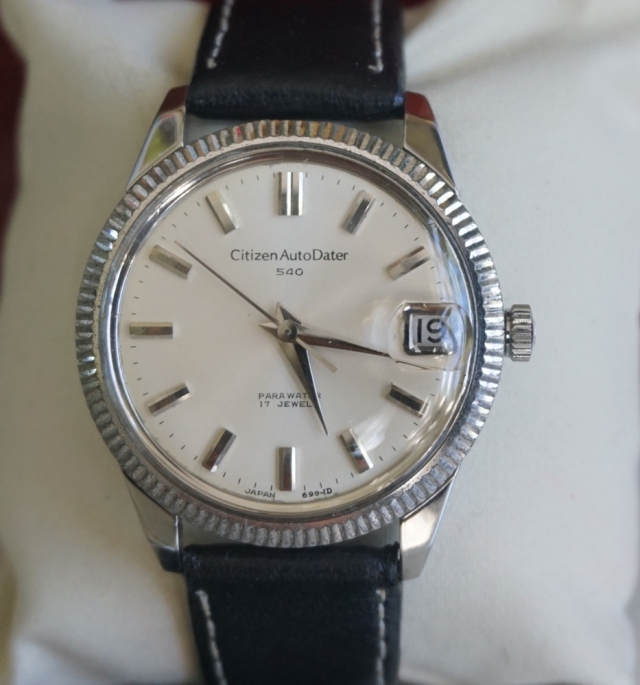 Here’s a look at the movement: 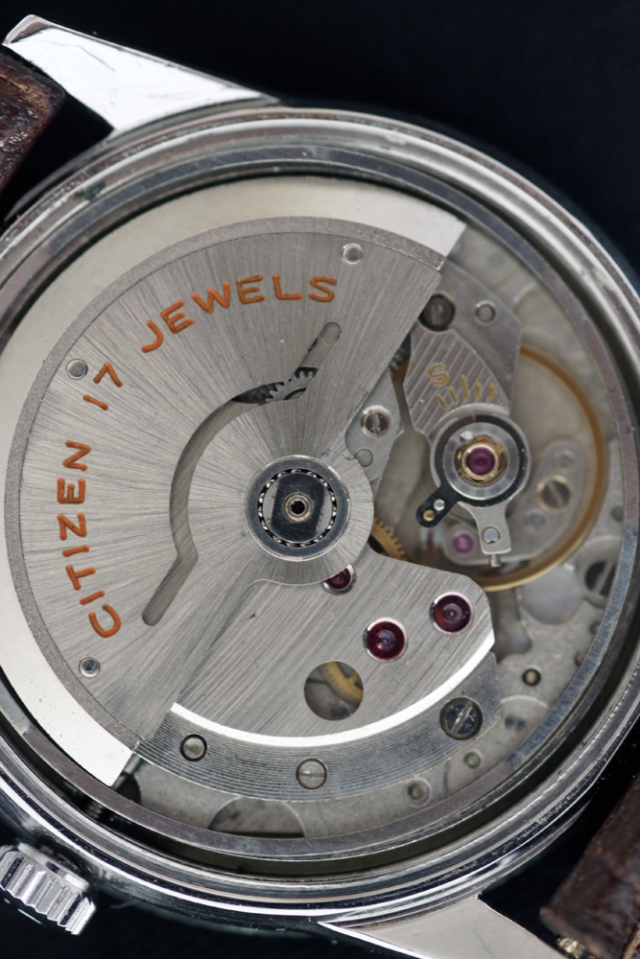 and here’s the 5400 movement number stamped near the balance wheel:

Each of 5400 examples featured over the last three days show how the same calibre can be found in quite different case styles.