Time for the second of three Adorex models today – the first one I featured was the lowliest of them, with its 8200A movement. Today is the middle one in the hierarchy, namely the 8050 movement. Although this is a high beat movement, running at 28,800bph, it has only 21 jewels so is unusual in that respect – typically Citizen’s high beat models have higher jewelling. Like the Leopard movements, the 8050 has a fine adjuster on the balance so it can be tuned for very accurate timekeeping. The notable thing about the 8000, 8050 and 8200 movements (but not the 8100 and 8110 chronographs) is that they introduced uni-directional auto winding for the first time, for Citizen at least. The dial colour on my example is an unusual pale greyish green, which looks quite appealing. The smart main hands and hour markers have black centre lines, and the movement hand winds and hacks. Both date and day are quick-set as well – pull the crown out one step and the date changes when turned in one direction or the day when turned the other way: 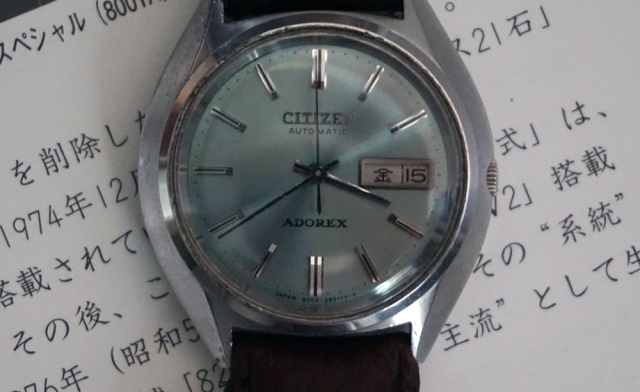 And here is the movement, showing the winding direction of the rotor and the fine adjuster: 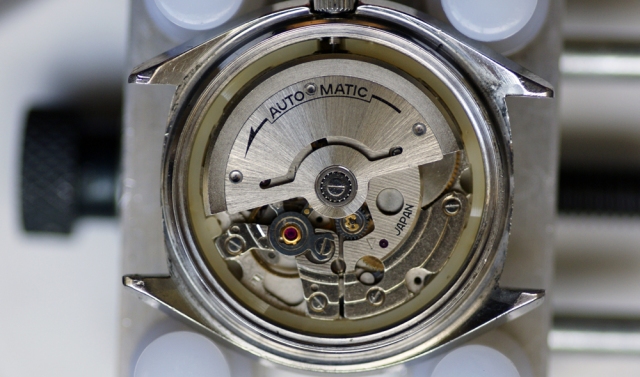