So different….yet much the same

On the face of it these two watches are very different – first is this Bulova from 1966. It’s a small watch, with a simple round case and easy to read dial with bold lumed markers:

Second, from 1973, is this high end Citizen – a smart dress watch with an angular steel case: 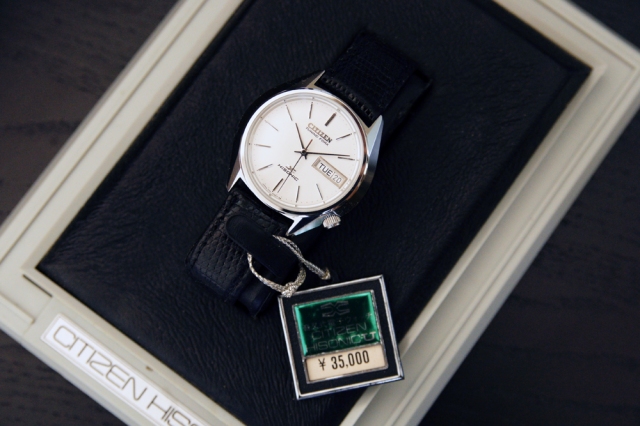 But of course what makes a watch is the movement, and here these two are practically the same. The Bulova, although an American company had some of its movements and cases made in Switzerland – this is a Swiss made 214H in an American made case: 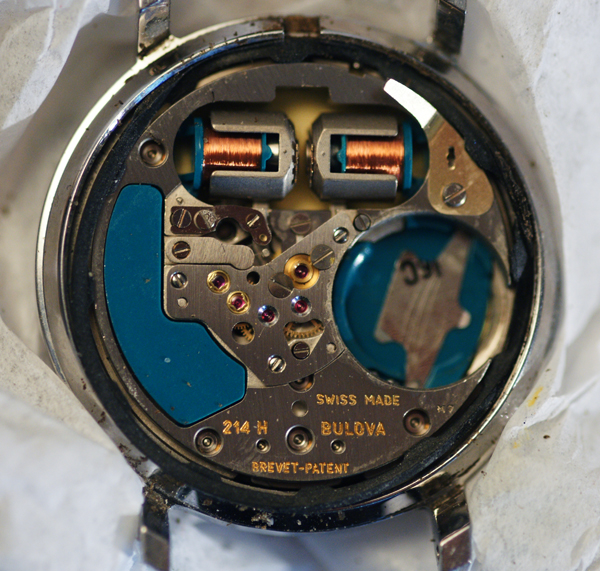 The Hisonic has almost the same movement, but branded Citizen since it was made under licence in Japan and designated as the 3701A – you can see differences in the design following a few years  of development:

Citizen had a close relationship with Bulova, and supplied parts for the Accutrons. I believe it was the only company to make the movements ‘under licence’ and this is stamped on the movement:

The Accutron is my only non-Citizen watch (although Citizen now owns Bulova so I suppose it kind of is a Citizen 🙂 )  Since these pics were taken I’ve had it serviced and a new crystal fitted, so it looks pristine.  You’ll have noticed that there is no visible crown, since these are set via a small folding handle set into the case back, which also hacks the watch when it is lifted: 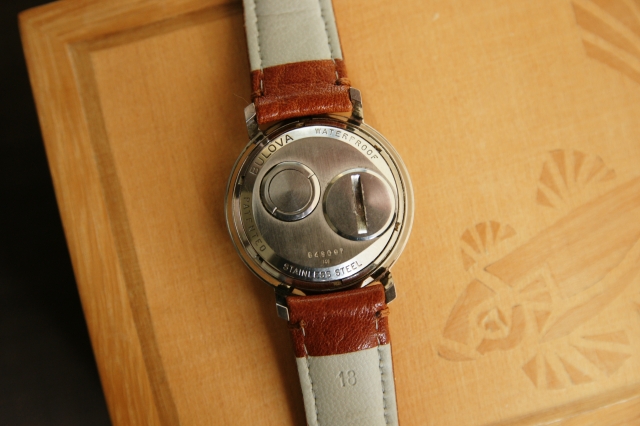 What’s great about both of these is the smooth action of the second hand – driven by a tuning fork and running at 360 beats per second they do look – and sound – cool 🙂 Amazing technology, first produced in 1960, they run very accurately – Bulova guaranteed them to be within +/- 60 seconds per month.  I recommend these ‘hummers’ to any collector.

This entry was posted in Vintage Watches and tagged Bulova Accutron, Citizen Hisonic. Bookmark the permalink.

4 Responses to So different….yet much the same