I featured my Leopard Highness some time ago (https://sweep-hand.org/2016/02/16/this-weeks-featured-watch-73-the-leopard-chronometer/), at that time referring to it as the Leopard Chronometer. No movement shots were presented then, because the piece had gone to Brian Leiser for crucial repair work, as well as a full service. Brian’s work is featured here, particularly on the 67-9313 ‘Speedy’ chronograph. He had also sorted out my 1958 Auto (https://sweep-hand.org/the-citizen-auto-1958/) so I was keen to see what he could do for the Highness…..

First though, a quick word about the correct name for this watch – it is part of the Leopard family of watch movements, with a high beat 72 movement running at 36,000 beats per hour.  As an officially certified chronometer, it had typically been referred to as the ‘Leopard Chronometer’. However, having since properly translated original catalogue text, it’s correct title is ‘Leopard Highness’.

When I bought my example, case number 4-720300, although in reasonable cosmetic condition, it had a known problem, the nature of which wasn’t exactly clear from the translation of the seller’s description. I thought it was worth a risk, since I was able to buy it relatively cheaply 🙂  On arrival, it was quickly clear what the problem was once the back was off – the rotor was loose, and broken. The threads on the winding  plate stud were completely worn away: 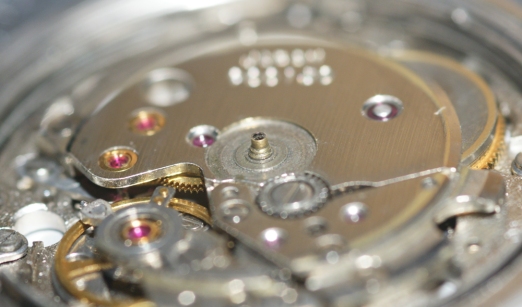 Although one of the rivets on the rotor was missing, I could see that the screw threads looked ok: 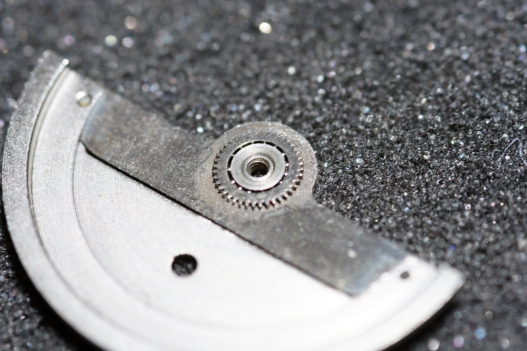 I had a spare 72 movement, from a Seven Star V2, and after consultation with Brian we agreed that it would work as a donor, namely for the threaded stud:

Brian had just one chance to press out the rotor studs without damaging anything and he was able to insert the decent stud into the original movement. And he repaired the rotor itself with screws that he ‘blued’:

The good news from Brian was that the movement looked to have been untouched and after service was running perfectly, well within chronometer specifications. And he had been able to replace the original rather worn faceted crystal with an OEM flat glass: 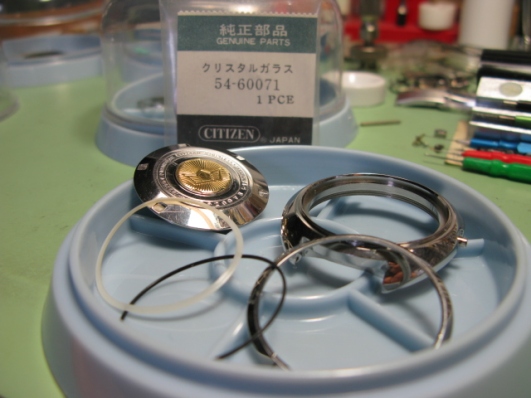 I’m hoping Brian will do a piece on this watch with his more detailed technical notes, but for now this post gives a little more insight into his expertise.

This is the watch today, now with an original NOS (very hard to find!) faceted glass: 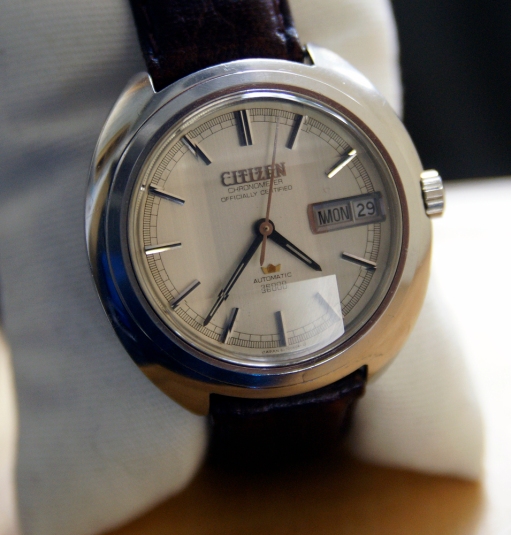